Today’s guest blogger is a friend and also a member of my Writer’s Group. She is the author of The Ferry Home, a memoir about growing up on Prudence Island.  Her book is available from Amazon! Thank you, Debbie Kaiman Tillinghast! 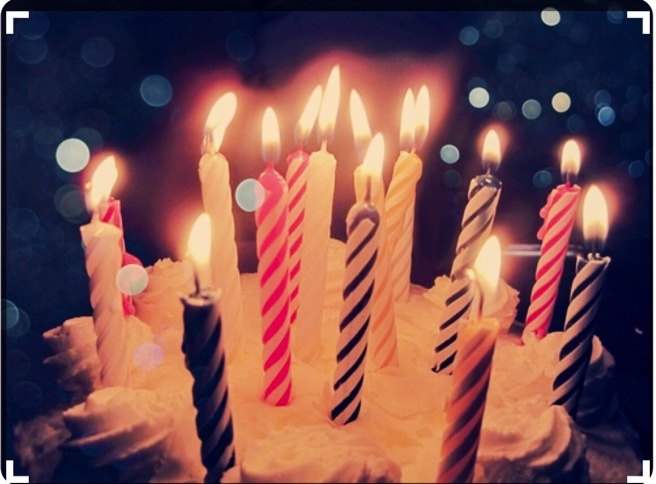 ​April invariably elicits wistful memories for me, since it is the not only the month of my birthday but also that of my oldest son and my only granddaughter. Three generations of birthday thoughts tumble through my mind as each birthday transpires, one at the beginning, one in the middle and one at the end of the month.

​Birthdays were always special days in our family. I remember when I was a little girl, my dad would wake me with a Happy Birthday wish along with a dollop of butter on my nose. Sometimes he would wait for an unsuspecting moment when I thought he had forgotten, perhaps as I was eating breakfast. Suddenly he would be there, smearing my nose with the greasy, yellow blob, so I would slide through the next year with good luck. I tried to continue the butter tradition with my three sons. Although their response was sometimes, “Oh, Mom,” I liked to think that they secretly enjoyed it when they woke on their birthday, and I was waiting to add a touch of butter to their day.

​Birthdays imparted the privilege of choosing not only the birthday cake served for dessert, but also the menu for dinner. I usually chose steak as the main course when I was seven or eight, but as I got older lobster became my favorite. I was fond of both but they were seldom on the dinner menu when I was young. A vegetable was also required, and my choice was asparagus; that paired with lobster would still be my perfect meal today.

​The birthday cake was the highlight of dinner, but I often chose my mother’s Chocolate Coconut Chiffon Ring, instead of cake. It was a chilled dessert made with gelatin then frosted with chocolate whipped cream and sprinkled with coconut. Sometimes we would have it as a treat for Sunday dinner when the minister and his family joined us, but it always disappeared too quickly. If I chose it as my birthday cake I not only got the first piece but also any leftovers.

​I made Cookie Monster and Pink Panther cakes for my children when they were little, but when they were older they preferred to choose a design from my cake decorating books. My oldest son chose a typewriter cake one year and another year I made him a chess board. My grandchildren continue to request unusual cakes including manatees, wolves and fire breathing dragons. The flavor of choice for my children was always chocolate. In recent years there have been requests for a “healthier” birthday cake. (Is that an oxymoron?) I complied with a pumpkin spice cake made with whole wheat flour and reduced fat and sugar, but still yummy.

​Occasionally, a treasure hunt added an extra level of excitement to our birthday celebration. Before we could open our presents, we first had to follow a trail of clues to the appointed hiding place. My mother was a master designer of these quests, often based on nursery rhymes, and they would lead us through the house and even outside. Ultimately, we discovered our presents by solving the final clue. A variety of hiding places could correlate to any given hint; “Hickory, Dickory, Dock!” required an investigation of every clock in the house. It was always more fun to search for my presents than have them piled in front of me. One year the last clue was “Rub-a-dub-dub, Three Men in a Tub,” and I found my presents hidden in the washing machine!

*Note: This recipe contains raw egg whites, I use pasteurized egg white powder instead. Follow directions on pkg. for reconstituting.

One thought on “Birthdays”