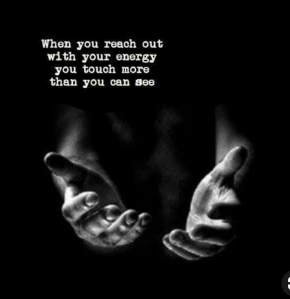 As a child, I’d dream things that would become reality the next day. They weren’t earth shattering revelations, exactly. I dreamed my parents’ station wagon had a flat tire on the right rear tire. The next day, it did. I had a dream that one of our tropical fish jumped out of the aquarium and died – a little black shark with a red tail. The next day, I was watching television when I noticed that very fish lying on the floor beneath the fish tank. I also had a strong sense of deja vu, often knowing what someone was going to say next because I’d heard the conversation before.

When I was in college, our house director knew a psychic who had become famous for helping to solve the case of a kidnapped child. He agreed to give a demonstration to the residents of my dorm. He requested a small table with four chairs. There was a folding card table in our room, so I carried it down and set it up in the lounge. We placed four folding chairs around it. He invited me and two others to sit around the table with him. After some short instruction, including how to touch the table only on the top, using just the lightest touch of our fingertips, we levitated the table. With ease. All four legs were off the floor and we had to stand to keep our fingertips on the surface. After his performance, he told me that he had selected me to sit across the table because of my psychic ability, which he sensed immediately. I was flattered. And a little terrified.

About ten years later, I signed up for a three-session seminar on developing your psychic ability. On the first evening, we paired up with a complete stranger and exchanged a personal item. I gave the woman opposite me a ring I’d been wearing. She handed me her pen. Closing my eyes, I opened my mind. I saw a school with tall windows. There was a front, corner office that contained a computer system and several desks. I described what I saw in my mind’s eye, as it appeared to me. The woman was incredulous. She was a middle school guidance counselor who had been moved out of her office earlier that day while computers were being installed. (This was in the early 1980s, before computers were a household thing).

I’ve always felt the presence of people unseen, which lent itself to an interest in ghosts. When I retired from my first career in 2012, I celebrated by going to Rose Island with a team of professional paranormal investigators. Most of the other attendees were in pairs or small groups of friends. There were two others who were by themselves, so we joined together to explore the reportedly haunted island. It was perfect night: Pitch dark and so foggy that the boat captain had trouble finding the dock. We toured the historic lighthouse before heading out to the old barracks that had housed sick and dying Rhode Islanders during a 19th century illness outbreak. There’s no electricity on the island, so we had only the flashlights we carried to find our way. One of my new friends had some ghost hunting toys and gadgets. We chose a barrack near the end of the large, concrete structure. We closed the door and went to work setting up an EMF meter and laser grid. We sat patiently, chatting quietly in between asking an occasional question of any spirits that might be present. Suddenly, there was distinct movement in the laser grid and the lights on the EMF started blinking like crazy. Simultaneously, I felt an electrical-like charge move thru my body. It’s difficult to explain, but it was like having the chills, but I wasn’t really cold. It lasted only a couple of seconds and I didn’t say anything about it. But each of my investigating partners started to describe the same, exact phenomenon. I was stunned. Nobody admitted to being uneasy, but we silently packed up the equipment and headed back toward the lighthouse, where the others were gathered.

There’s much more – vivid dreams, uncanny coincidences, psychic readings and even a Ouija Board experience. I’ll save them for next time. Do I believe in ghosts? You bet. They don’t scare me, though. Real, living, breathing people are far more frightening, especially some days…. But that’s a blog for another day. 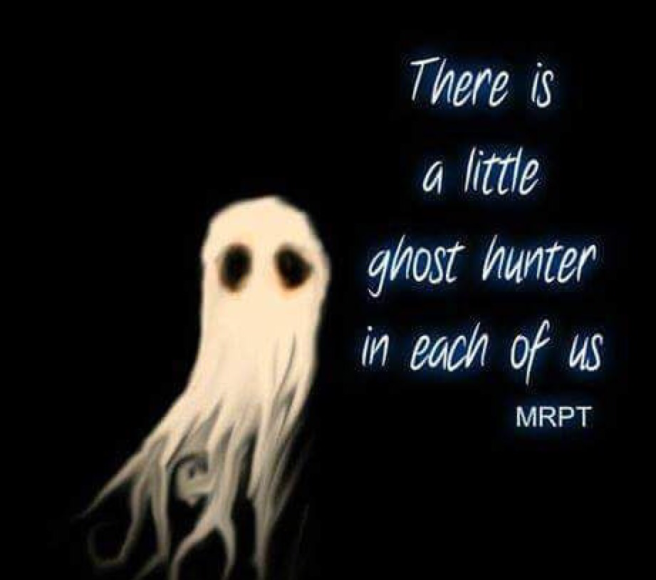 2 thoughts on “Things that go bump in the night”